The day was like any other in Ocala during the late 1890s. Ben Rheinauer stood outside his dry goods store located downtown hoping to see more customers the way he had during the economic boom of the decade’s early years. The freezes of 1894-95 had devasted local agriculture, particularly the citrus industry, and an economic depression had the area in its grips.

On this day, Rheinauer witnessed a pedestrian run over by a horse and wagon on Exposition Street, or what is now called Broadway. The victim had suffered a broken leg and needed immediate attention, but no hospital or emergency room existed at the time. The man was taken to Dr. E. Van Hood’s office where he received treatment, but the whole episode created a spark in the minds of Rheinauer, Hood and Dr. La Foss who also arrived on the scene to help.

Ocala needed a hospital, this much was clear to the three community leaders acting as good Samaritans on this day. Undaunted by the current economic depression that included many bank failures and a serious lack of capital, Rheinauer and several other civic leaders banded together in getting the project off the ground, which eventually led to the opening of Ocala’s first hospital in February 1898.

Marion General Hospital, as it was called then, resided not in its own building but in a three-story structure located at what is now the downtown parking garage. The first two stories of the building housed the Ocala Evening Star newspaper and the Florida Baptist Witness newspaper, owned by the Rev. J.C. Porter. It was Porter who realized the third floor was vacant at the time and allowed the temporary hospital to occupy that space free of charge.

In those early days, hospital staff was limited and it was common for doctors to call upon newspaper personnel for assistance. It was not uncommon for printers and reporters to help take patients to the top floor or even help doctors in setting broken legs.

In time, the lack of space and poor third-floor logistics would expedite a move of the hospital, which took place in 1901 to a former private residence on the corner of what is now N.W. 2nd Street and 1st Avenue. Certainly an improvement over the newspaper building, the new arrangement was still meant to be temporary until enough capital could be generated for a permanent location.

In 1915, as the economy recovered, the hospital project received the capital infusion necessary to construct a three-story building near the current site of AdventHealth Medical Center. The last great move would be in 1927 to where Advent currently exists. This would be a four-story building that could house up to 73 patients.

Earning much credit for this expansion was banker T.T. Munroe, who served for 23 years as president of the Marion General Hospital Board of Directors. It was in his honor the hospital was renamed Munroe Memorial Hospital in 1928.

The ensuing years would bring more expansion, a name change to Munroe Regional Medical Center, the leasing of operations to Community Health Systems and later to Adventist Health Systems. Today, the hospital has 425 beds with many locals still referring to the hospital as “Munroe” – and it all started thanks to a traffic accident and the dedication of a dry goods store owner. 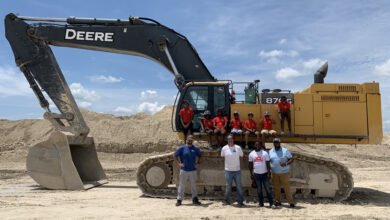 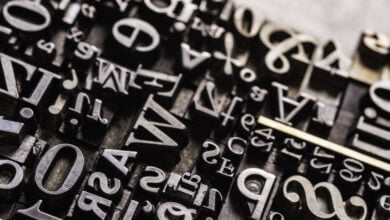 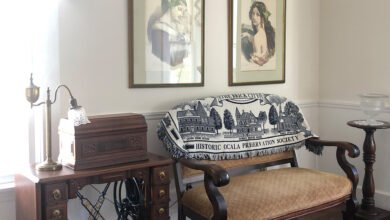 OHPAB: 40 years of preservation and education