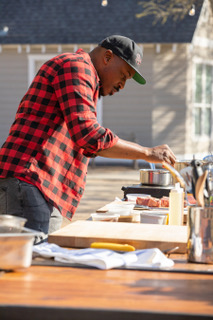 Rashad Jones is living the American Dream. And he knows it. His path to success is amazing — so much so he wants to share what it takes to achieve the Dream with whoever will listen. It’s a story worth hearing.

Jones is owner of “Big Lee’s: Serious About Barbecue” in Ocala. Business is booming. He’s got a beautiful wife and four sons, ages 5, 7, 9 and 11. He won the Food Network’s “BBQ Brawl” last month and was crowned the channel’s “Master of ‘Cue” and awarded his own Food Network show. He is the toast of the town. And, by the way, he makes a mean brisket, slow cooked over kiln-dried Central Florida oak.

Oh, I should mention he only started in the barbecue business eight years ago.

How he got to this point is a remarkable pull-yourself-up-by-the bootstraps story.

After graduating from Lake Weir High, he was homeless at 18 and lived at the Salvation Army for a couple months. He said he was not obeying his mother’s rules at home, so she told him, “You can have all the freedom you want,” and she told him to move out.

“It was humbling,” Jones said, remembering the odor that went with living in a dorm with other homeless men. But out of that, he learned accountability.

“It made me what I am today,” the 43-year-old said. “I’m resilient, tough, strong. I’m not going to fall apart at every little thing.”

The biggest lesson he learned from that experience was the importance of accountability.

“Accountability – put that in all caps, ACCOUNTABILITY,” Jones said. “That’s huge. That’s what we all need.”

Jones would go on to attend CF and eventually go to work for the Marion County Health Department. His foray into barbecue was inspired after a Thanksgiving visit to his wife’s family in the Mississippi Delta. Her Uncle Leon, who friends called Big Lee, fixed a huge spread of barbecue for not just the family, but the neighborhood. Jones loved it.

He brought home Big Lee’s barbecue tips and started cooking his own. In 2013, his wife pushed him to enter a local barbecue competition, “Bad 2 the Bone BBQ.” He never envisioned winning, then …

“I swept that competition,” Jones said. 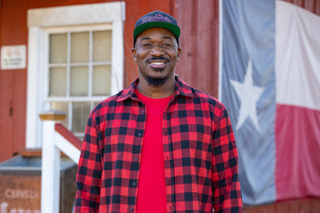 One judge was so impressed that he posted the following on his Facebook page: “Rashad Jones, not only was your barbecue the best that all three judges tasted tonight, your barbecue’s the best barbecue I’ve ever tasted.”

Jones and his wife, Patrice — who he calls “Superwoman” and who holds a Ph.D. in health policy research — sat down and decided to go into the barbecue business.

That was 2014. Today, Big Lee’s is an iconic part of Ocala’s food scene, and even Jones marvels at how quickly it has all happened and the exposure his ‘cue has brought him.

“It’s amazing. It’s unbelievable,” he said. “How do you make the jump from having zero food background to having arguably the best-known food brand in Ocala? Well, it’s a God thing.”

Jones said his American Dream is built on what is the quintessential American food that started with meat being cooked on an open grill and continues to be cooked the same way today.

“This cuisine is historically American,” he said. “I think that’s why barbecue brings people together like it does… It’s universally inclusive.”

Jones does not take his success for granted and attributes much of Big Lee’s growth to Patrice.

With 15 employees and four food trucks and trailers (and another in the works), Big Lee’s is not close to the biggest eating establishment in Ocala. But the tremendous attention and success Jones has found in such a short time has made him a curiosity and someone others look to for guidance.

So, you will frequently see Jones talking to groups of all ages, especially young people, telling his story. Besides ACCOUNTABILITY – you know, in all caps — Jones says a person must be motivated, make good decisions and not be afraid to look fear in the face. All that requires leadership.

“It all boils down to leadership,” he said. “Only leadership, leading your own life, can do that for you.”

It has worked for Jones – and remarkably quickly, for sure. Yet, for all his confidence and humility, Jones wasn’t always so sure he would succeed.

“I had concerns about whether people would show up,” he said.

Well, they did show up and how fitting that Ocala’s own celebrity chef is “100 percent barbecue.”

As for what to do with his success?

“It’s impossible to see all the opportunities success creates,” Jones said. “It means you have a platform, you have influence. And through that platform and influence, it gives you a chance to do good in the world.”

And cook up some darn good barbecue. 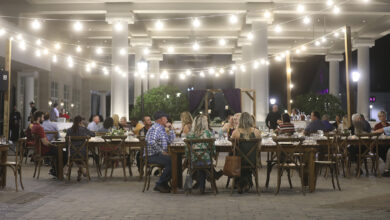 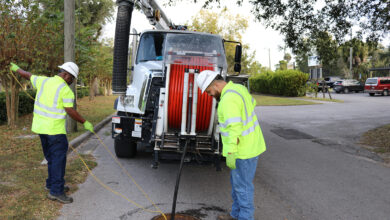