Ocala touting itself as the “Horse Capital of the World” may be something the locals take for granted these days. For most of us, the horse farms that paint the Marion County landscape have been a fixture our whole lives and synonymous with Ocala’s very name itself. Life before the horse industry seems unfathomable.

Florida’s prominent role in the horse-racing industry, and the equine industry in general, may have never come to be were it not for the vision of one man: Carl Rose. Generally considered the “Father of the Florida Thoroughbred Industry,” Rose created an entire industry from scratch based upon something more than just a hunch.

Born in Indiana and raised on his father’s draft horse farm, Rose’s initial calling was in the road-building business. In 1916, he came to Florida to supervise a road project in Volusia County and discovered the vast limerock deposits here vital to his work. Mining the limerock and building roads throughout Florida and south Georgia, Rose amassed his fortune through various companies.

At that time, the state of Florida produced very few race horses, and certainly none that could compete with bigger and stronger horses from elsewhere. Rose surmised that the mineral-rich soil and water of Central Florida was more beneficial to raising sturdier thoroughbreds than the sandy soil of the southern part of the state and took his shot in the industry.

After serving three years on the Florida Racing Commission, Rose founded Rosemere Farm on 600 acres outside Ocala (much of which is now the location of the College of Central Florida). He relied less on famous bloodlines than he did environmental factors in producing fast horses – his first thoroughbred stallion, Green Melon, was actually acquired on loan from the U.S. Army as it was phasing out its cavalry division prior to World War II.

Rose’s philosophy proved correct as his first mare, Jacinth, produced 14 foals, with all 14 going on to become winners on the track.

Ocala was a town with no real horsemen, but Rose changed all that when he brought veteran Elmer Huebeck from Maryland to be his farm manager. Huebeck’s methods turned Rosemere into a genuine horse operation and set the stage for greater triumphs down the road.

Rose’s success marked the beginning of a boom in Florida thoroughbreds. His farm became a tourist attraction, especially after Gornil won at Hialeah Park to become the first registered Central Florida-bred winner in 1943, and other breeders were beginning to take notice of Marion County’s value in the industry. According to Charlene Johnson’s book, “Central Florida Thoroughbreds,” even Kentucky breeders, which at the time viewed Florida-breds as a joke raised on the sand under palm trees, were stunned at the transformation taking place and began to realize “there had to be something in the soil since there certainly wasn’t anything in the blood.”

When Needles, a product of the Bonnie Heath Farm in Ocala, won the 1956 Kentucky Derby, Rose’s vision had come to fruition. He had predicted early on that a Florida-bred would someday win the race and that when it happened, “our new industry will be over the hump.”

Today, the state of Florida is home to 207,000 thoroughbreds and a half-million horses while the economic impact of the equine industry is estimated at over $5 billion, and more than $2 billion a year in Marion County alone.

Although Rose is most famous for work in igniting the Florida thoroughbred industry, he was also instrumental in nearly all phases of agricultural growth in the state, particularly in Marion County. He was a big promoter of pure-bred cattle and helped organize the Southeastern Livestock Show and Sale and worked with the Future Farmers of America and 4-H clubs. He was also instrumental in research to help improve pasture grasses in the state.

In 1990, Rose was posthumously inducted into the Florida Agricultural Hall of Fame (he had passed away in 1963). What you see today in Marion County, with its 600 thoroughbred centers boasting six Kentucky Derby winners and a Triple Crown champion, is all the legacy of that one man who saw something special in the soil here: Carl Rose. 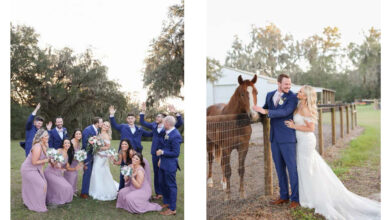 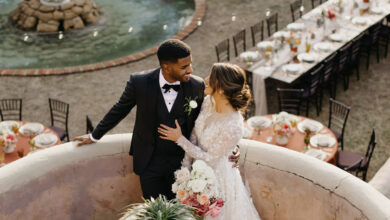