The year 1997 marked the end of a remarkable 117-year run for Rheinauer and Co., a local department store in Ocala that had also branched out into locations across the state of Florida. The person responsible for founding the store was Charles Rheinauer, a Jewish immigrant from Germany who moved to Ocala in 1880 and went into business with his brother Morritz.

The opening of a dry goods store on what is now Broadway just west of Harry’s Restaurant marked the beginning of Rheinauer’s stake as one of the more influential businessmen in the history of Ocala. It was at that location where brother Ben Rheinauer would witness a carriage accident that facilitated the city’s first hospital (see May 2021 issue of Ocala Magazine).

Rheinauer’s would prosper and grow into one of the state’s finer clothiers and continue at its location downtown until moving to the Ocala Shopping Center on Silver Springs Boulevard in 1968. Its location would be at the east end of the center, where The Carriage Trade now operates. That move, of one of Ocala’s oldest businesses, was part of the downtown area’s demise at the time.

In addition to operating the department store, Rheinauer also served as vice president of the Ocala Iron and Machine Works and was a founder of the Ocala Board of Trade, the precursor to the Chamber of Commerce. He was also founder of the Merchants National Bank, the first bank in Ocala, and was the presiding officer of the Hebrew Society of Ocala.

In 1906, Rheinauer’s standing in the community hit a peak as he became mayor of Ocala, the second Jewish person to serve in the position.

One of Rheinauer’s passions was cigar smoking and he parlayed this into a successful business in Ocala, the La Criolla Cigar Co. At that time in the late 1800s, the La Criolla Cigar Company was among the largest in the state of Florida. As a friend of Cuban nationalist and freedom fighter Jose Marti, Rheinauer collaborated with him in starting the company. The factory would employ many Cuban immigrants and led to the west Broadway section of Ocala with its several cigar factories being referred to as “Marti City.”

Eventually, the company would relocate to Ybor City near Tampa, which until recent years would be a thriving cigar hub.

La Criolla is gone and the Rheinauer store no longer exists, but the legacy remains in the old Victorian house on Fort King Street. Now home to an attorney’s office, the Rheinauer House was for years known locally as the Seven Sisters Inn. Rheinauer and his wife, Emma, moved into the house in 1895 and remained there until each died, Charles in 1926 at the age of 79 and Emma in 1942.

During the home’s years as the Seven Sisters Inn, there were reports of it being haunted by the spirit of Charles Rheinauer himself. Stories were told of cigar smoke being smelled in one of the rooms, yet no cigars being smoked at that time. Those who would tell ghost stories noted that the smoke was coming from Rheinauer enjoying one of his La Criolla cigars in the Paris Room.

For many years, the Rheinauer name was among the most significant in Ocala and his legacy goes beyond the old home that bears his name. His tenure as mayor and role in founding the Ocala Board of Trade helped lay a foundation for what Ocala would be today. 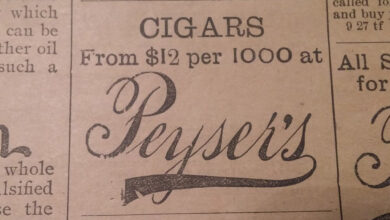 When Ocala was a cigar town 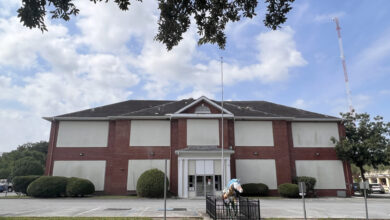 What’s next for the MCPS building? 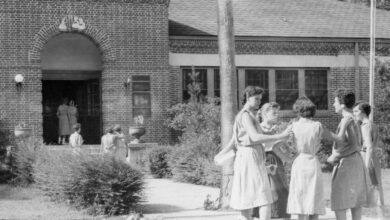 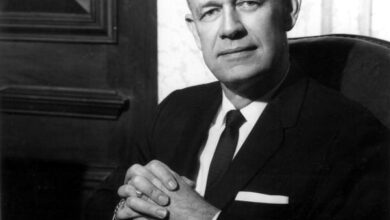