It wasn’t surprising to hear that Buddy Martin won the Wilton F. Martin Lifetime Achievement Award from the Florida Public Relations Society/Ocala Chapter at the group’s gathering on April 15. No, the man has enjoyed a long life with a long list of achievements. His is a remarkable career and is more than worthy of the honor.

But I have a news flash!

“I am not a sports fanatic,” said the gravelly voiced Martin, who at 82 is knee deep in sports journalism, just as he has been for the past 60 years.

Imagine what his resume would like if he were a fanatic. As it is, he has garnered more than 200 writing awards, two Emmys in sports broadcasting, authored books on the Florida Gators, Urban Meyer and Steve Spurrier, led the sports departments at more than a half dozen newspapers — the New York Daily, News, the St. Petersburg Times and the Denver Post among them, and today still does a daily online sports show and publishes a monthly Gator sports publication.

I sat down with Martin after he had received his honor and asked him what he is most proud of.

“My family,” he responded instantly. “That’s what I’m most proud of, my family.”

Turns out, the Martin family tree has roots deep in journalism. Martin’s grandfather, William Laban, came to Ocala from Alabama in 1890 and went to work for the Ocala Evening Star. Years later, his father, Wilton F. Martin, also worked for the Evening Star. In the early 1960’s Martin started his career in journalism at the Ocala Star-Banner, eventually becoming its sports editor. Now, his children, are following in Dad’s steps. All are in media. His son, Brenden, is media director at the World Equestrian Center. 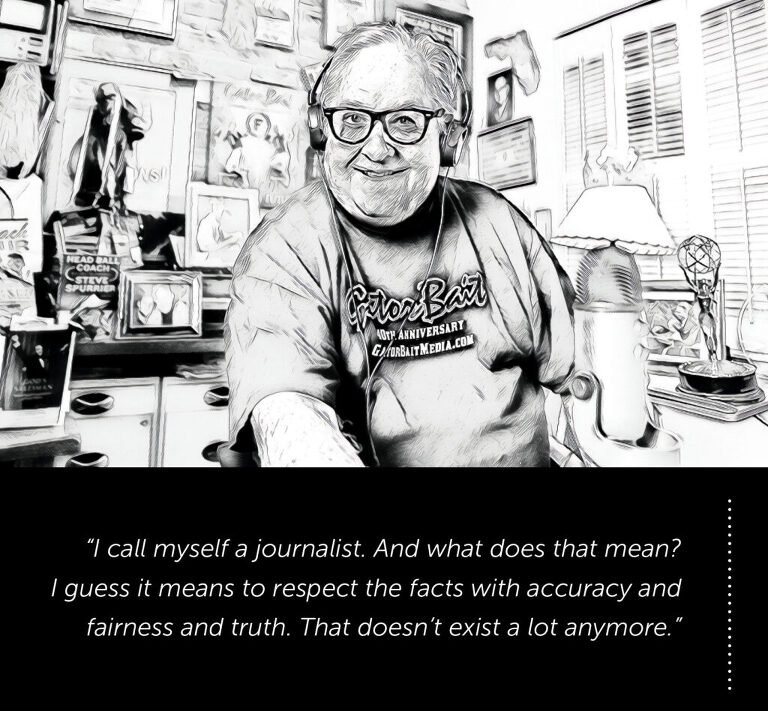 Buddy Martin, illustrated from a photo shot by Ralph Demilio

Even the award Martin received is named for his father, Wilton F. Martin, who in addition to being a newspaper man was the first P.R. guy at Silver Springs.

Beyond his family, there are plenty of highlights in Martin’s lifetime of achievement.

Like the book he wrote with and about Steve Spurrier. Martin first suggested the idea in 1994. It only took Spurrier 24 years to get around to sitting down and actually doing it.

Or how it was his dream to be a sports editor for a New York City newspaper … and then actually doing it.

Or how he and his small staff at the tiny Port Charlotte Sun finished as a Pulitzer finalist for their coverage of 2004’s Hurricane Charley, which obliterated their town.

But through all the stories, all the memories, he kept coming back to his roots, to his family, to Ocala.

He played football and baseball at the old Ocala High. He says he was a decent quarterback and a good pitcher. His most memorable game was in a high school Babe Ruth League game — a game in which recorded 24 strikeouts in 12 innings on the way to a 6-5 victory. That’s right, 12 innings. He was good enough to walk on for the Gators for two seasons, but he knew his talent would only take him so far.

“My athletic career didn’t work out, so I started writing about it,’ he said.

And write he did.

“I call myself a journalist,” he said. “And what does that mean? I guess it means to respect the facts with accuracy and fairness and truth. That doesn’t exist a lot anymore.”

In his acceptance speech, Martin talked about getting his first job in journalism at the Ocala Star-Banner when he was 20 and where that led. He said:

“What happened after that … well, this is the message I send forth to young people. Tell your children that you can grow where you stand. You start from here. You can make it from here. Dream. Go ahead and dream.”

He told of his early days at the Star-Banner. He hired four high school boys to cover sports for $5 a game. They were Jim Huber, Jim Waldron and brothers Van McKenzie and Jay McKenzie. The four went on to highly successful careers in journalism – Huber as a network sportscaster, Waldron as the publisher of the Voice of South Marion, Van McKenzie as the most respected sports editor of his era and Jay McKenzie as managing editor of the Star-Banner.

“All that talent at the Ocala Star-Banner,” Martin said. “Working for $10 a week. Started right here.

“So please, please, please believe in your young people. Give them a chance to show what they can do. Let them know that it can be done, and it can start right here in Ocala, Florida.”

That message, my friends, comes from a lifetime of achievement. It’s worth heeding. 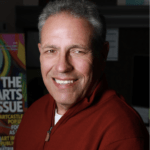 « Answering the COVID callTreats for Mom »