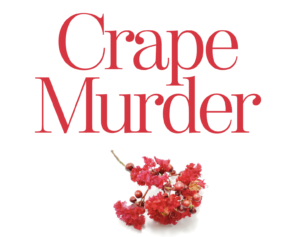 Confessions Of An Over-Pruner: How I Butchered My Crape Myrtle, and Why It Won’t Happen Again

I think that’s why, when we moved into our house on Fort King Street in Ocala’s historic district, I was especially excited about the yard and gardens. But the property had been unoccupied for months before we bought it, and so the landscape sat smothered under a year’s worth of Spanish moss. The azaleas were spindly, wild, and mildewed. The box hedges, normally the most well-mannered plant in the garden, were feral. And the weeds. Goodness gracious the weeds.

And then there was the crape myrtle in the front yard. A beautiful specimen of the plant: tall, graceful, dressed in satin bark and covered in showy white blooms. For someone with an informed eye, the tree looked exactly as it should look, the product of decades of immaculate, knowing care. But to my eye, unfamiliar with the nuances of gardening in the south – and of crape myrtles in particular – the tree seemed simply too tall.

And so when the time came, just as soon as the threat of frost had passed, I did to my crape myrtle what I saw so many other people doing to their crape myrtles: I unceremoniously lobbed off the top of every branch, not quite in a straight line, but almost. And with each satisfying slice, I thought to myself: “I am a good boy. I am helping.”

I was not a good boy. And I was not helping. 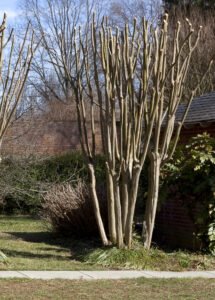 Folks in the know call it crape murder: the unapologetic and aggressive – but almost always well-meaning – over-pruning of crape myrtle trees every spring. Thinking back, I can identify three main reasons why I thought I was doing the right thing when I gave my tree a bad 90s buzz cut.

First, I saw other people doing it, and so I assumed it was the right thing to do (pro tip: this is a really bad reason to do just about anything.) Second, it seemed like a common sense way to re-shape a tree that, in my estimation, had gotten too big for its britches. And third, it felt intuitive to me that a good, hard prune in the spring would encourage more enthusiastic flowering come summer.

I have since learned that I was maybe a tiny bit right, but mostly – and in an impressive variety of ways – I was dead wrong.

Happily, Ocala abounds with folks who know more about southern gardening in their green thumbs than I know in my whole body, and a few of them have been kind enough to educate me on the subject. One of those folks is Cathy Steppen-Snyder. Cathy is a Master Gardener and a brilliant practitioner of natural plant propagation, soil building, and pest management. Whenever I mention crape murder to her, she winces:

“If you don’t know what to do, then it’s probably best to do nothing. Pruning crape myrtles can be beneficial in certain circumstances, but for the most part, it’s unnecessary. For me, it’s all about right plant, right place – and that’s true of any plant. If you have to brutalize your tree every year to make it fit, then you’ve probably got the wrong plant for that place. Put the loppers down and look for a different variety.”

“First, let’s give credit to this genus of plants for it’s extreme forgiveness of mistreatment. Even through all the improper pruning habits, the weed eater blight, the lack of proper fertilization – despite all of it, crape myrtles just keep on giving. They refuse to give up. They are generous, gracious plants.” 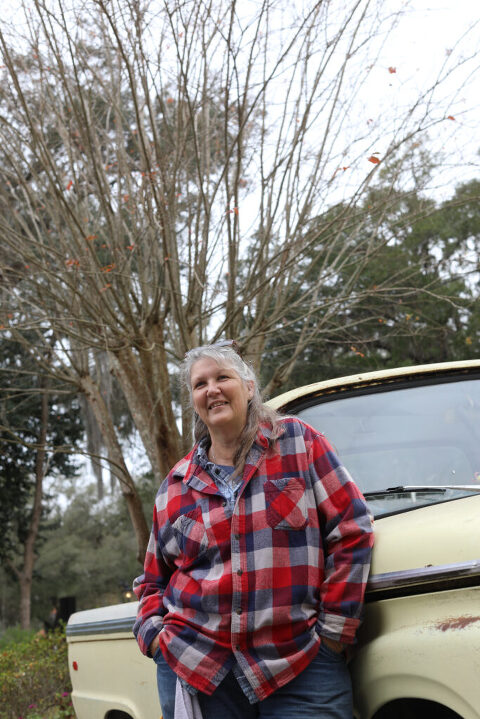 When asked to share with me their most trusted tips for the proper pruning of crape myrtles, Suzanne and Cathy echoed each other beautifully:

Prune to remove dead or damaged limbs, limbs that are crisscrossed and rubbing, suckers sprouting from the base of the tree, and nuisance limbs that might endanger passersby. Prune with discretion. If you’re wondering whether or not a limb should go, it should probably stay.

Only prune branches that are the thickness of your thumb or smaller. Leave larger limbs be.

Right plant, right place. Don’t try to wrestle a too large plant into a too small space. Happily, crape myrtles are very tolerant of being transplanted. And if you’re welcoming a new crape to the yard – or any plant, for that matter – take note of the mature height of the varieties you’re considering. 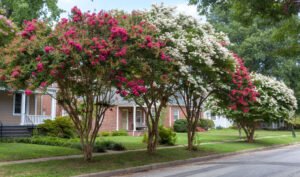 While it is true that pruning stimulates new growth – and while it is also true that careful pruning can encourage more active blooming – crape myrtles will bloom whether or not you prune them. If your crape isn’t blooming, it probably wants more sun. Crape myrtles are gluttons for full sun.

When it comes to pruning, timing is key. If you decide to prune your crape myrtles, try to do it after the threat of frost has passed, but before too much new growth has emerged. You don’t want a late cold snap killing your carefully cultivated new growth, and you don’t want early pruning to coax your tree out of dormancy prematurely. Nobody likes being woken up from a nap!

And if you – like me – are a convicted crape murderer, reform is within your grasp! Remember: these plants are exceedingly gracious. They want to forgive! They want to thrive! And with a little information and a lot of patience, even a severely mistreated crape myrtle can be rehabilitated. Selective pruning – choosing the strongest two or three sprouts from each stub and removing the rest, and repeating this process for several successive seasons – can greatly improve the health and appearance of a crape myrtle in as few as three years.

As my mother always said, the best apology is changed behavior.