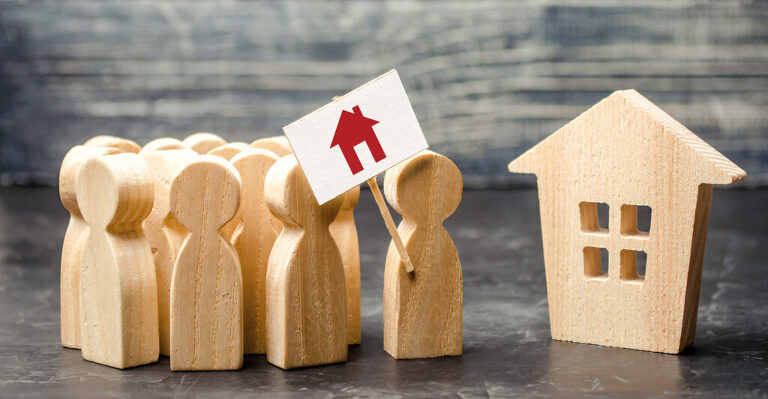 Despite the pandemic, Ocala’s housing industry is on solid ground.

When Jeff and Amanda Ganswindt started thinking about buying their future retirement property, they envisioned a place with an “old Florida” feel: a slower pace of life, waterfront living and a nice community.

They found what they were looking for in a two-story home on three-quarters of an acre of land on Lake Rousseau in Dunnellon.

“There are neighbors but there’s nobody on top of us, so it gives us a certain amount of privacy and plenty of room for the family to gather and enjoy the lake,” Jeff said.

The couple, who own a condo in Miami and a house in Port St. Lucie, closed on their Dunnellon home in September. They spent their first weekend there in October and eventually will relocate there permanently in retirement.

They took advantage of low interest rates on loans which are helping home sales rebound from a spring slump due to the COVID-19 pandemic. Housing remains essential, and homebuilding trends in Ocala/Marion County are reminiscent of the early 2000s. Builders don’t want to go as far as to use the word “boom,” but the housing industry is at least generating some thunder.

Some homebuyers, with concerns over COVID and high costs, are moving away from larger cities to areas like Marion County that have a small-town atmosphere, an affordable housing market and a lower-density population.

“A lot of people, due to what’s happened with the pandemic and maybe even some of the social unrest in the larger metropolitan areas, we have heard from some of our builders that people were wanting to get away from those areas and move to places, like Ocala, that are more desirable to live (in) and don’t have all the other issues to deal with,” said Lance Hill, sales manager at Manning Building Supplies in Ocala.

The Ganswindts purchased their home through Hook and Ladder Realty of Central Florida in Ocala. Hook and Ladder broker/owner Virginia Wright, who is also vice president of the Ocala/Marion County Association of Realtors, says that while closed sales for single-family homes in the county are down from 2019, they gradually climbed during the summer months which are typically slow anyway. She expects a big bounce-back this fall as sellers who temporarily took homes off the market during the spring shutdown begin to put them back on the market.

Realtors also have prepared for the “new norm” in the marketplace by expanding their use of technology, social media and advertising, and educating buyers about tools such as virtual tours online, she said. Open houses also require new protocols and cleaning procedures.

“As soon as we get this down pat, we’re going to make a comeback,” Wright said. “We’re optimistic.”

Randy Alvord, broker/owner of R n B Realty, sees a large demand for housing because of a steady influx of new residents in Marion County.

“We’re just slammed; busy as can be,” he said. “As fast as we get a listing and the home is priced right, it’s under contract usually within a matter of days.”

Alvord points to several positive trends, such as high consumer confidence, rising sale prices and the continuation of low interest rates, which are making homes more affordable for everyone, especially first-time homebuyers. As of early October, the benchmark 30-year fixed mortgage rate was 3.05 percent, according to Bankrate, a financial services company based in New York City.

The Ganswindts originally were going to pay cash for their Dunnellon house, but a volatile stock market negatively affected their investments. When lending rates dropped, they decided to get a home loan instead, said Jeff, who is retired from the beverage label printing business, while Amanda still works in that field in Miami.

“We’re confident that the (stock) market is eventually going to recover,” Jeff said. “We feel we got a good price and we feel that the loan interest rates were very reasonable.”

Realtors also may get a boost from an influx of new homes. In August, for example, the National Association of Homebuilders reported a 4.1 percent increase in single-family housing starts. From January through August, combined single-family and multifamily starts were 5.4 percent higher in the South compared to the same period a year ago.

“This is consistent with what we’re experiencing here locally,” Hill said.

“We’re as busy as we could be with new construction right now,” said Klugger, president of Center State Construction. “It reminds you of 2005, 2006.”

At that time, Marion County was adding several thousand new homes each year before the bottom fell out of the building industry around 2008. Through early September, the county had issued more than 2,200 permits for new construction of single-family residences, the Building Safety Department reported. That puts the county on pace for about 3,300 permits for the year. The total job value for the home construction was $318.7 million.

Since the housing industry is considered an essential service, builders didn’t have to worry about layoffs for lack of work, Klugger said. And projects, which require up to a year to complete, never reached a point of being stopped and just kept on rolling.

“As soon as COVID really started, they started dropping interest rates. Obviously, it helped spike the economy, which has spurred even more sales,” he said.

Center State Construction is scheduling new housing starts all the way into January, and Klugger estimates that his company’s business will increase 50 to 75 percent in 2021.

Armstrong Homes is exclusively focused on building new homes in the current market, said sales and marketing director Mike Mazzurco. Armstrong builds houses starting in the low $100,000s on up to million-dollar homes in gated communities. With the exception of a temporary slowdown in the spring in the active adult retirement market, Armstrong’s business has increased this year in all other markets and price ranges, he said. And the 55-plus market bounced back to being busier than it was before the pandemic.

The reason? Simple: shelter is a necessity. Like groceries, clothing and new technology, housing is a must for consumers, Mazzurco said. The industry also came into 2020 riding the momentum of a strong second half of 2019, he added.

“We really haven’t slowed. The way the last part of last year ended was pretty much how January and February started,” he said. “March through August have been consistent and very robust.”

Some roadblocks for builders, Klugger said, include supply shortages and delivery delays, which, in turn, cause spikes in prices for materials and homes. For example, the supply of timber is down because lumber mills shut down at the height of the pandemic. Lumber prices have skyrocketed about 170 percent since mid-April, adding about $16,000 to the cost of each new single-family home, the NAHB reported in September. As a result, more homebuyers are moving to lower-cost markets.

Shortages and delays have also hit suppliers such as Manning Building Supplies. Manning, which provides materials solely to building contractors, has been able to successfully navigate through the setbacks, Hill said.

“Business has actually increased as the year has gone on,” he said.

The rise in homebuilding has extended to remodeling and improvements on existing homes as well. Nationally, big-box retailers like Home Depot and Lowe’s have reported quarterly sales increases of 25-35 percent.

Locally, staff members at RoMac Building Supply expected business to drop off during the pandemic but instead were pleasantly surprised by an increase in sales, store manager Tony Smith said. RoMac serves both contractors and homeowners.

Smith believes the pandemic had an unintended benefit for some people who found themselves out of work: it became the perfect time to do that remodeling job they may have been putting off for years.

“People can’t go back to work in a lot of different businesses, and the stimulus money that came out helped,” he said. “People are stuck there in the house. I think they were bored and they had time and they were getting this money coming in.”

Smith sees customers tackling all types of projects, such as changing doors or windows, repairing roofs and building decks or other additions onto their houses.

“Whatever they had on their wish list is coming to fruition,” he said.

In an uncertain year, uncertainty remains for what’s ahead. But home sales appear to be rebounding, building is blossoming, and Hill, who was born and raised in Ocala, likes what he sees on the horizon in his hometown.

“It’s definitely good for growth. Obviously, as always, all of us together have to be responsible managing that,” he said. “We certainly welcome the growth and the business and we’re very thankful for it.”