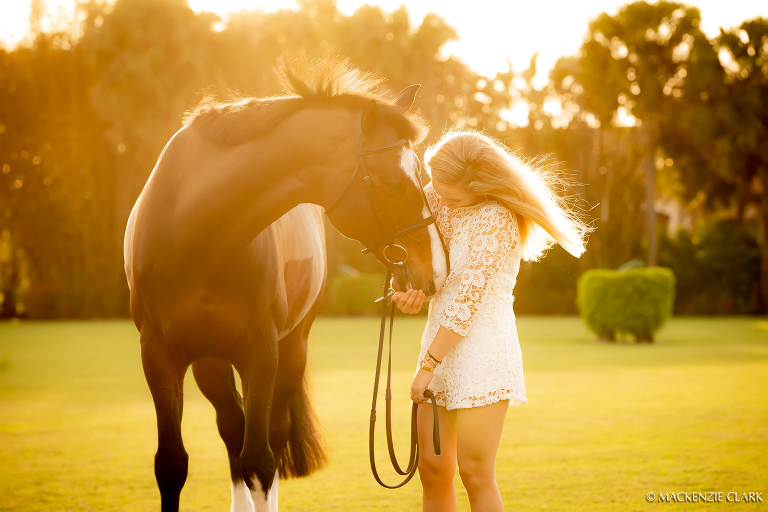 It’s a competition that has continued to evolve, emerging from its nascent stages as a combined driving event to its present state as it enters its 30th year. Live Oak International has cemented its place, taking on global status and attracting many of the world’s best horsemen. The competition now features more than one equestrian sport discipline, featuring not only the sport of combined driving but also many of the world’s best show jumpers. The objective of the competition is to improve annually. It provides a world-class environment that caters to riders from around the globe. The worldwide scope of the competition has been the fuel that has ignited the Live Oak International team and the Weber family, expanding the event’s significance in the Ocala/Marion County community. 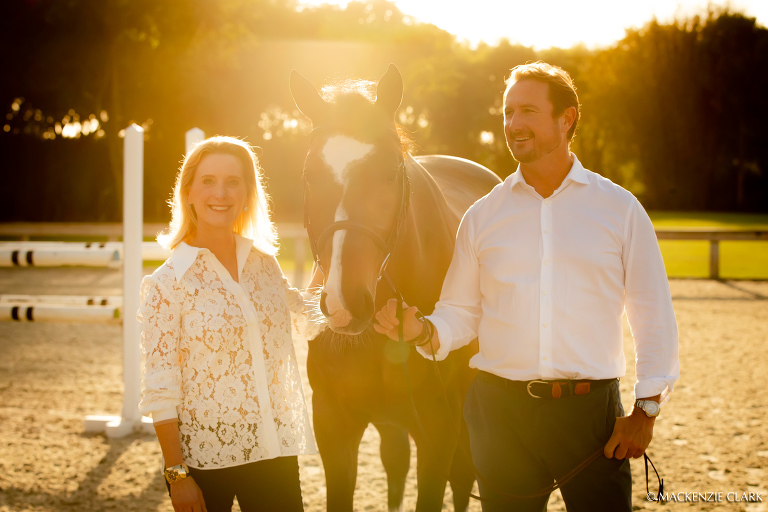 The brother and sister team of Chester Weber and Juliet W. Reid are co-presidents of Live Oak International. The Weber’s commitment to excellence and love of equestrian sport has made the Live Oak International one of the most highly anticipated competitions on the Ocala area calendar. The event itself resonates deeply with those who make the competition a success: the organizers, exhibitors, sponsors, and spectators, making for a fun-filled weekend in a safe and family-friendly environment.

Juliet W. Reid isn’t an exhibitor, but that hasn’t stopped her from being deeply involved in the show world, serving in several capacities as a horse show organizer and manager as well as being a horse show mom. Juliet gained her knowledge of show management by serving as president of the Washington International Horse Show, earning the distinctive title of “ringleader” of Washington, the renowned horse show in the nation’s capital, for eight years. With Juliet’s attention to detail and event expertise, each and every year, Live Oak International is more exciting than the last. Juliet brings a wealth of knowledge and experience to Live Oak International and drives the team forward with a positive outlook and a can-do attitude.

Chester continues to represent the U.S. in many European competitions and shares his love for combined driving, generating exposure for the sport nationwide and locally. He’s set the standard in the sport of combined driving, reaching elite status in the upper levels, having won the USEF Combined Driving National Championship for the Advanced Four-in-Hand division 16 times. Chester is poised for success in 2020 and has his sights set on another title. A veteran horseman, Chester is well-seasoned and looking toward competing at home, in a familiar and welcoming environment.

Other notable drivers this year include crowd-favorite Mary Phelps, the talented Jennifer Keeler and her Zeppo, as well as the internationally renowned driver Suzy Stafford.

Chloe Reid’s passion for horses and the Live Oak International is as deep as that of her family’s. The 23-year-old has distinguished herself in the show ring, ascending to the top tier of the sport as a leading international show jumping professional. The daughter of Juliet W. Reid and Sam Reid, Chloe has been involved with horses from the age of four and has become increasingly involved in the event and tournament each year. Chloe has accepted additional responsibilities over time, helping with marketing and show initiatives to make Live Oak International a must-see event. Chloe’s practical experience and astute understanding has helped to transform the event into a world-class competition. She is a grand prix rider herself with many top results. She won the four-star Grand Prix in Wiesbaden, Germany, this past June. Chloe has enjoyed success on the international stage and was part of the U.S. team that went to Falsterbo, Sweden, in July, and represented the U.S. in the FEI Nations Cup Final this past September in Barcelona, Spain. Chloe, like her uncle, brings global experience to the Live Oak International team. 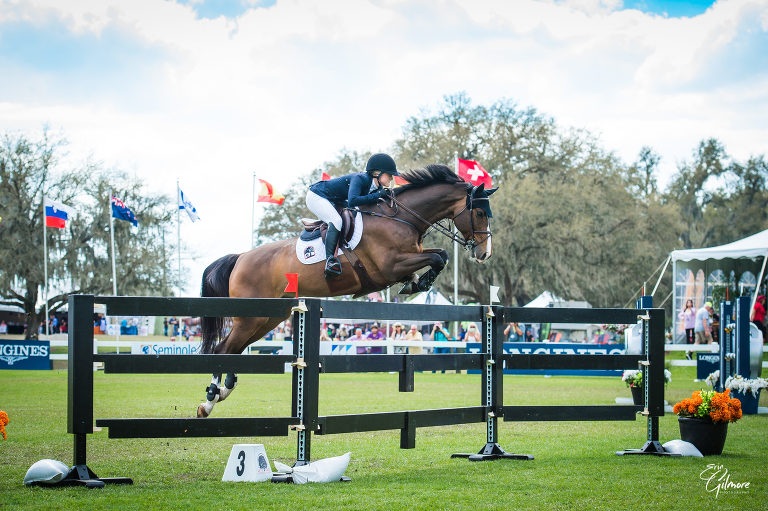 The Live Oak International transformed its status by hosting a show jumping World Cup qualifier. The change came about when Chloe mentioned to her mom, Juliet, that it would be fun to compete at home. The competition starting with a two-star grand prix continues to evolve, and the venue with its idyllic setting is poised to host the world’s greatest show jumpers, with show rings featuring top-notch footing, elevating the level of competition to rival any place in the world.

The venue hosts only one competition annually, so the footing is considered second to none.

The lineup of competitors this year includes a list of top riders including Adrienne Sternlicht, who has entered her World Equestrian Games Gold medal–winning mount Cristalline; young rider superstar Katie Dinan; and the previous winner of the World Cup Final, Beat Mändli.

In addition to some of the world’s best riders and drivers, this year Live Oak International will feature special presentations by the Budweiser Clydesdales, the Young Living Essential Oil Percherons, and the Paso Fino Association. With an AdventHealth KidsZone, Audi Beirgarten, and the Stella Artois Airstream Trailer, this year’s event is set to be four days full of live action with something for all to enjoy.

Come out to the show March 5-8. For the Live Oak International 2020 schedule, please visit www.liveoakinternational.com.

« Music Scene: Shine & The ShakersProse and Cons: Call of Duty »