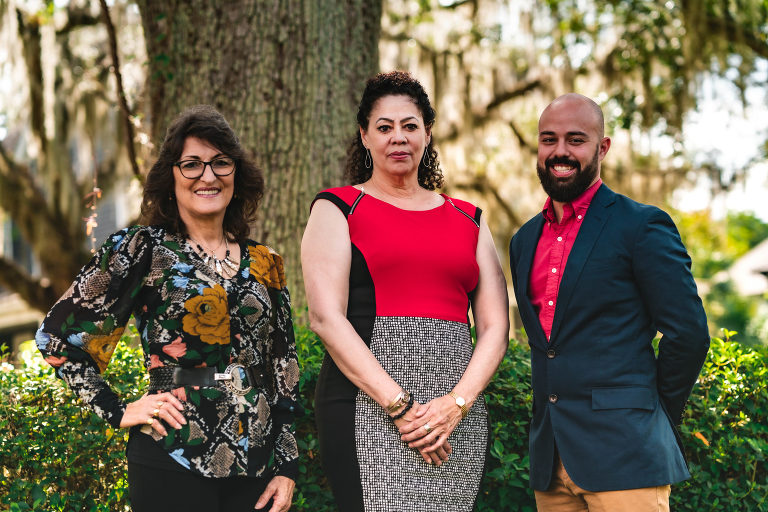 It’s something whose gravitas has touched the lives of every family. Mental health issues are far more commonplace than people think. One of every five adults is afflicted with a disorder, many which aren’t talked about.  However, there are organizations people can turn to if they’re feeling overwhelmed. One of those resources can be found in Ocala, the National Alliance on Mental Illness or NAMI Marion County, Inc. “Our local organization has been around since the mid-’80s,” said Diana Williams, NAMI past president and board member. “We’ve continually provided support group meetings, for those caregivers and peers (those living with the mental illness), programs that NAMI developed.  We also provide classes that we have as a series for the caregivers, and they learn how to manage their loved one in a respectful way. We have classes for peers as well.”

NAMI Marion County has also helped local law enforcement with their crisis intervention training, providing officers a different approach when they find themselves in an environment where they have encountered an individual with a severe mental illness, so they have knowledge to help de-escalate the situation. “The organization also works with partners throughout the community, and they work diligently to connect services,” said Williams. “There are several programs that have made a significant impact, services that have helped transform people’s lives,” said Williams.

“One of the programs that we were instrumental in starting along with our partners was the mental health court diversion program, and they’ve since started a veterans’ court diversion program as well.  This is designed to eliminate the revolving door, connecting the participants with the services they need, so they aren’t inclined to keep getting arrested and going back to jail,” said Williams. “The program has been extremely successful. Judge (James) McCune was a driving force in getting that program started years ago. We’re extremely proud.” 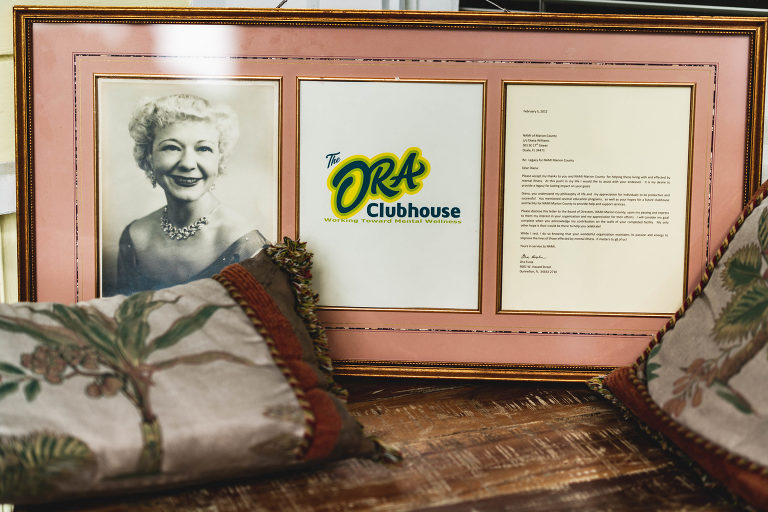 NAMI’s programs in the community have been impactful in helping many families within the area. Thankfully those same families, whose family members have been helped by the organization’s services, are giving back by volunteering, sharing their experiences with others who are going through similar circumstances, providing access to a wealth of information. “Often individuals get diagnosed in their teens and early 20s,” said Williams. “When there’s a crisis, you really don’t know where to turn. So, this organization has members that have lived the experience. They’re a great resource for people going through a crisis, and asking, ‘what do I do now? This wasn’t supposed to happen in my family.’ That lived experience is a knowledge base that’s extremely useful to help others.”

“The organization continues to expand its presence and recently became involved with The Ora Clubhouse. The facility is located on NE 14th Street, and is a work recovery program,” said Williams. Clubhouse International is a nationwide mental health innovation network and we will implement their model. “We’re fortunate to start one in Marion County,” said Williams. “It’s a program that’s designed to assist people living with a severe mental illness to get to the point where they’re comfortable sustaining employment. The program is individually paced for members and includes a very welcoming environment.  It’s based on critical values like respect, wellness, acceptance, kindness and purpose, and provides a safe place for them to gain work experience and grow.” Mental health is a major concern that’s plaguing our nation. Suicide is the third leading cause of death among adolescents, according to NAMI.

Suicide has also become more prevalent among college students, and although universities are doing a better job, communication needs to improve between the university and those matriculated in the learning institution. And with students being away from home, “parents often aren’t aware of the situations and circumstances they’re experiencing,” said Williams.

“They don’t know who to talk to, don’t know where to turn to for help,” said Williams. “It’s something that we’re all becoming aware of, particularly because a lot of veterans are coming back from service and are experiencing PTSD, and they need help.  NAMI encourages peers to be medicine compliant, visit their psychiatrist regularly, get counseling, and hopefully stay on the right path to recovery.”

NAMI has 28 affiliates in Florida. The national organization plays a large role in helping to shape public policy for those coping with the challenges of mental illness.

“There’s a NAMI state organization; NAMI Florida,” said Williams. “We have conferences, our state annual conference was in Orlando this year.  It was extremely well-attended. We’ve really been advocating to eliminate the stigma that is often associated with mental illness.” People often talk about their physical maladies, diabetes, heart disease, cancer, respiratory issues, “but still have difficulty in addressing problems associated with mental illness,” said Williams. Suicide is the 10th leading cause of death among adults in the United States.

“People may commit suicide because they don’t know who to talk to, and people don’t know what to say,” said Williams. “There are various programs around such as Mental Health First Aid, it’s not a NAMI initiated program but it’s a practical application of what you can do or say if someone mentions to you, they are contemplating suicide.” However, there are an increasing number of resources available to help people who are considering taking their own life and preclude them from committing suicide.

“People are finally becoming more comfortable to talk about it, and learn better how to react,” said Williams. “It’s coming to the forefront that this is such a common problem in the United States that needs to be addressed.”

“It’s very difficult to access a doctor and get an appointment quickly, if you’re experiencing a crisis,” said Williams. “Often times, you’re scheduled months out. This is really a mental health crisis that needs to be addressed.”

Mental health symptoms can manifest themselves in the form of substance abuse, and those with illnesses often find themselves trying to self-medicate to alleviate their problems, said Williams.

“People are drinking alcohol and taking drugs because it makes them feel better one way or another, so that makes it an even bigger problem,” said Williams. “That needs to be addressed as well, the co-occurring substance abuse.” Mental health disorders can be rather complex, and doctors have to be able to determine what is the best way to treat a person,  what medicine they should prescribe as well as ascertaining and evaluating the most suitable approach in assisting them as they work toward improving their quality of life.

“Often times, when they’re at their worst, is when they’re experiencing their biggest crisis,” said Williams. “Family has literally given up because they’ve gone through so much that they just don’t know where to turn. We need to be diagnosing illness early; like so many health issues early detection is critical, and that way they can be on the road to recovery without having the heartache of a crisis.” However, the stigma remains, and being diagnosed with a mental illness at a young age, can bring with it a series of complications that are often life-altering.

“Many parents try to avoid having their child being labeled,” said Williams. “They need to be proactive and be aware of circumstances that should be addressed.” Parents are the advocate for the child. The earlier we start asking questions, the better.

NAMI will continue to provide their programs in the community and welcomes volunteers. The contact information may be found at www.namiocala.org.