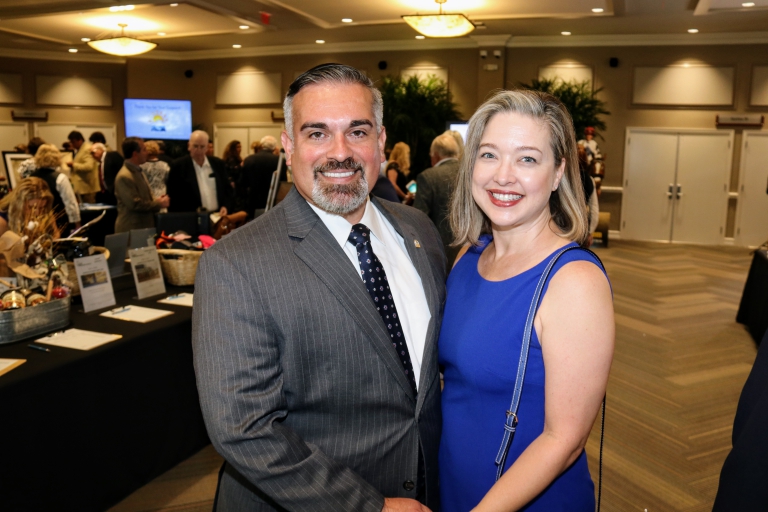 Four hooves flying, lathered in sweat, mane and tail fanning out at record speeds with a jockey up in the saddle and whip in hand, champion horses are thoroughbred royalty. Homage was paid at the recent Florida Thoroughbred Breeders’ and Owners’ Association Awards Banquet and Sapphire and Diamonds Gala held in the ballroom of Circle Square Cultural Center. The sold-out fete was packed with glitzy honorees from the thoroughbred world along with our Ocala/Marion County supportive community and business leaders. The evening raised more than $37,000 for Florida Thoroughbred Charities. The thoroughbred industry in the state of Florida has a $11.7 billion dollars economic impact. In 2019 alone there were over $1 billion dollars in thoroughbred sales.

The mayor of Horse Capital of the World, Kent Guinn, was on hand with his wife, Sandra. An extensive auction included art by famed Remi Bellocq who dazzled with sketches on the spot. He raised more than $4,000 from his appearance. The evening was a Who’s Who of equine pros from Pat Parelli to trick horse trainer Carole Fletcher. Horse Capital Television set up an onsite studio and host Barbara Dawson wore fashion by Dillards and jewels by Gause & Son. The store also donated a $1,500 equestrian themed piece for the evening.

Charlotte Weber’s Live Oak Stud was the diamond sponsor hosting the Live Oak Stud Winner’s Lounge for honorees. New sponsor Christopher Whitney of Red Brand observed that his group had a wonderful time and will be back next year.

Social and events committee chair and board member Valerie Dailey said, “The Florida Thoroughbred Charities has been fortunate to have such great support from the entire community. Each year the gala has grown with more business and community members becoming involved. The Circle Square Cultural Center provides a great backdrop for this worthwhile cause.”

Florida Thoroughbred Charities is a non-profit organization and the charitable arm of the FTBOA. FTC is committed to strengthening both the industry and community through events and raising funds. Funds raised go to the Florida Thoroughbred Retirement program. It is the only program in the nation partnering women inmates and thoroughbreds where women learn life skills and equine knowledge that assist them with gainful employment when they are released.

“The FTBOA believes in the care and support of retired thoroughbreds. What makes our particular program different at Lowell Correctional Institute is that it also cares for and heals people as well as horses,” said Lonny Powell, FTBOA CEO. 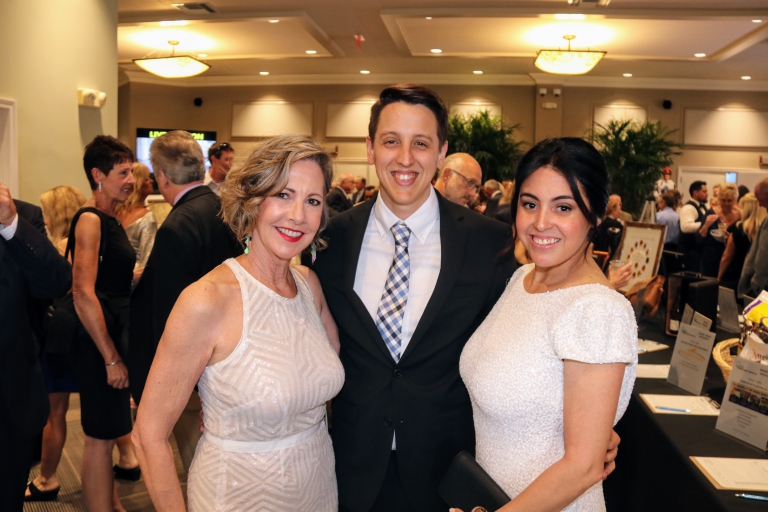 The star of the night was Horse of the Year Imperial Hint who took home three honors. He was bred by Bert and Martha Pilcher of Shade Tree Thoroughbreds in Reddick.

Mike O’Farrell and his sons Joe and Dave of Ocala Stud were honored with the Joe O’Farrell Memorial Award from Ocala Breeders’ Sales, the Broodmare of the Year, the leading freshman sire with Uncaptured, and Breeder of the Year for the fifth time. The memorial award had special meaning as it was the name of the family patriarch who founded the farm more than 60 years ago.

Chad and Courtney Meagher of Citra, were presented the Needles Award as the state’s small breeders of the year. Bonnie Heath whose family campaigned Needles presented the award. The honor is named after Needles who was the first horse from Florida to win a Kentucky Derby in 1956. Stallion of the Year was First Dude who stands at Donald Dizney’s Double Diamond.

Everyone needs a helping hand to get into the saddle. Make your helping hands especially strong by donating to Florida Thoroughbred Charities, Inc.

For more information or to make a donation please visit www.ftboa.com. You can also phone the FTBOA at 352-629-2160. 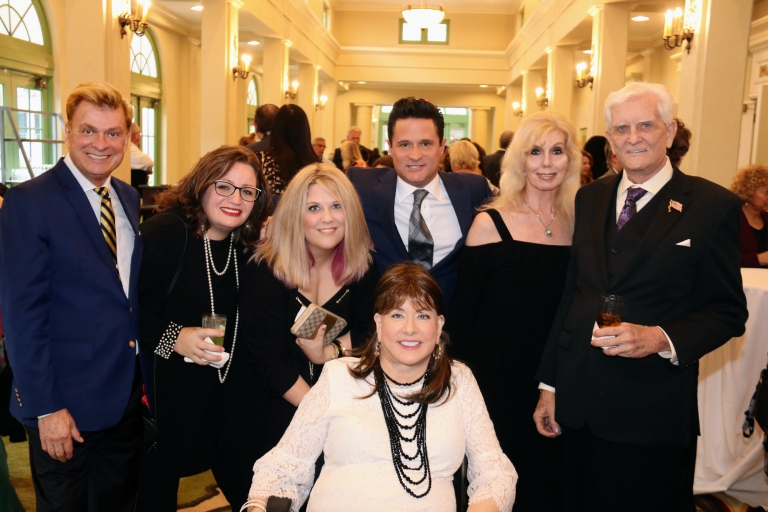 Each year magazines from all over the state of Florida converge for a weekend of learning, networking, and celebrating all of the successes the Florida magazine industry has had this year.  The 2019 Florida Media Conference, held at The Vinoy Renaissance St. Petersburg Resort hosted hundreds of guests, panelists, and vendors all eager to see what new trends are on the horizon. Rounding out the weekend with the Florida Magazine Associations Charlie Awards, magazines were awarded for their superior quality and content. On the list of winners was Ocala Magazine taking home five awards over the weekend.

Building Credit with the Community 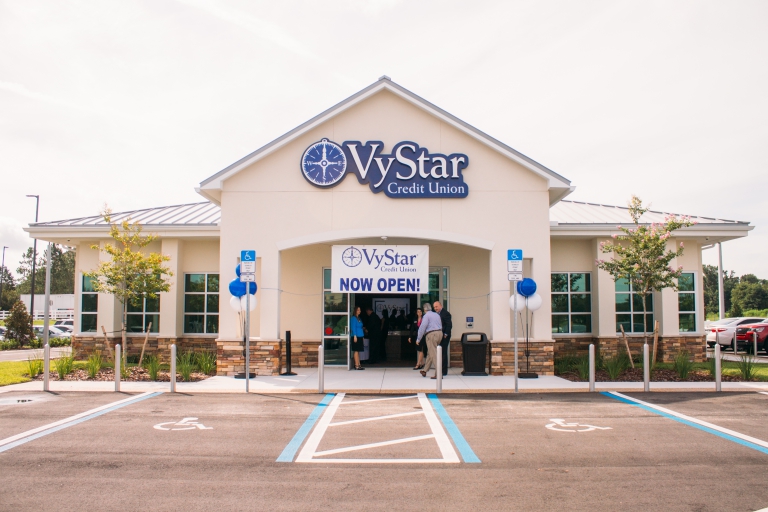 On July 11th Ocala Magazine joined other community leaders for the ribbon cutting of the 51st branch of VyStar Credit Union. Present for the Ribbon Cutting was Chair of the Board, Eric Hatfield, with Mireyli Hernandez, VP of the Ocala Branch. This three day event included cash and special prize giveaways, new account incentives, and special treats for the kids. This is the first branch in the Ocala area and, as they continue to establish themselves as a financial household name, they are hopeful to continue to grow within the community. We would like to say thank you to Vice President Mireyli Hernandez and the entire VyStar Team for being such gracious hosts. 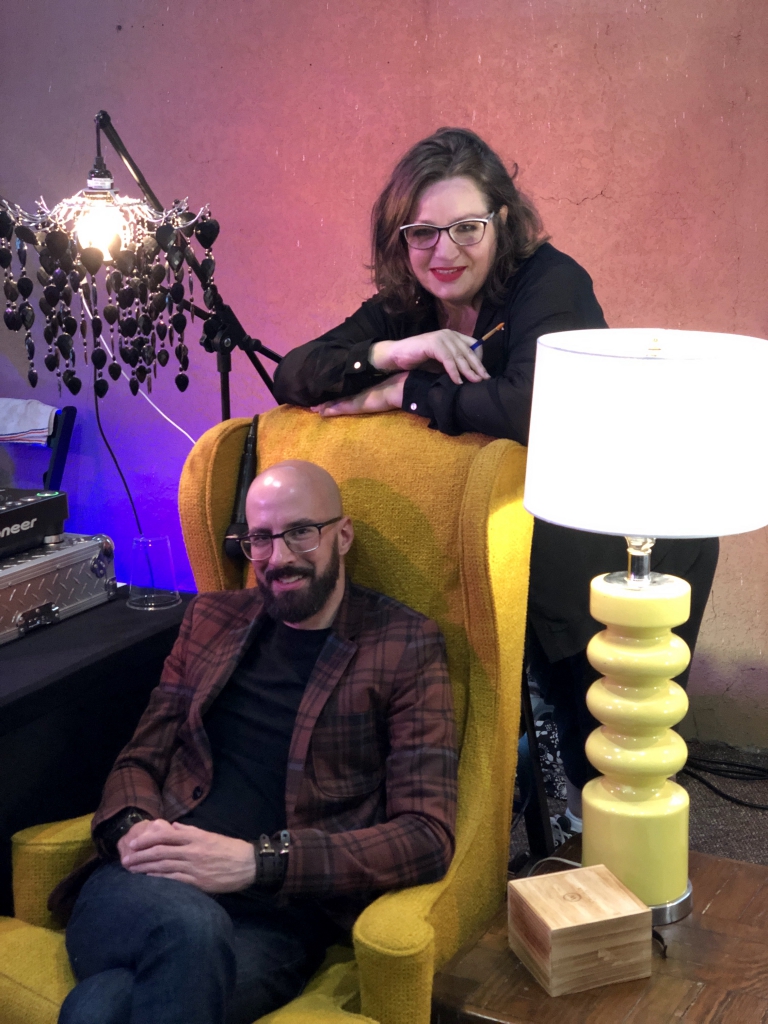 Local artist Jessi Miller and local DJ Joel Downing entertained a sold-out show for their performance at Pi on Broadway. Jessi’s exhibit, entitled “The Messengers,” featured the likeness and quotes from some of history’s greatest thinkers and creative minds. People such as Gandhi, Steve Jobs, Nina Simone, John Lennon, Mos Def, and others were all highlighted with their famous words surrounding them. While Joel Downing spun tracks handpicked for the event, Jessi Miller painted a 36 x 40 canvas of William Shakespear.

For more information on how you can purchase Jessi’s work or book Joel for an event:.

« Protecting Our ChildrenWhile They Wait »