On The Menu: Ivy House on the Square 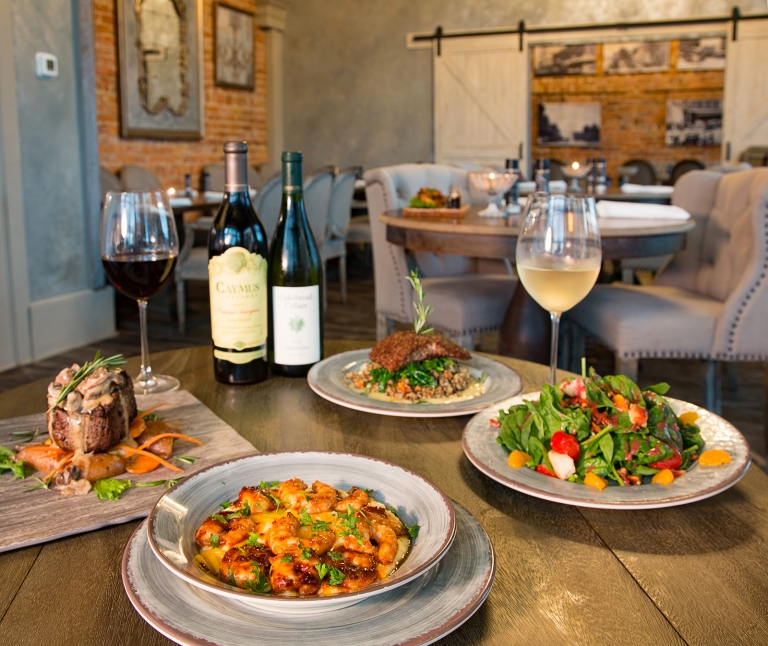 Over a quarter of a century ago Marjorie Hale, more affectionately known as “Mimi,” had the vision to turn a historic 1912 French country home in Williston into a hub where she would welcome the community to be part of her family. With the help of her daughters Evelyn Nussel and Waica Micheletti, today we see Mimi’s vision-and family-expanded with Ivy House on the Square in Downtown Ocala.

Around five years ago, when the time came to open a second location, Mimi and the family found the perfect extension to the existing historical theme. It was then that The Ivy House, in a beautiful and almost doll-house-like 1890s Victorian home right on the Silver Springs Boulevard, opened. When the opportunity came along to move closer to the downtown square, they pounced at the chance to “shake things up — not only for Ivy House but for Downtown as well.” They were looking for something new and exciting; a way to tap into the more modern mindset of the downtown frequenters, but still keeping with the 1900s vintage aesthetic that sets them apart. After careful consideration, Waica and Evelyn decided that the Speakeasy theme would be the best way to bring together the perfect balance of modern and vintage.

The newer downtown location comes with more than just floor to ceiling windows and an open floor plan. Originally constructed in the 1890s this building was part of the downtown reconstruction project after the Thanksgiving fire of 1883.  The fire is thought to have been accidentally started by a knocked-over lantern.  Despite the efforts of the community, the fast-burning fire was no match for the all-wood construction of the time. The fire ended up consuming around 5 square blocks of the downtown area. Among the rubble were two hotels, about ten stores, several residences and even the office of the Ocala Banner Newspaper. Such an iconic building, with such deep-rooted history of our city, was the perfect fit for The Ivy’s planned expansion. The Ivy House was able to reinvigorate the space while still keeping all the historical structures and charm. The new buildings were constructed using brick and iron to avoid history repeating itself. To our great advantage, the new construction has withstood the test of time to bring us the vintage industrial look that is now associated with Ivy on the Square. 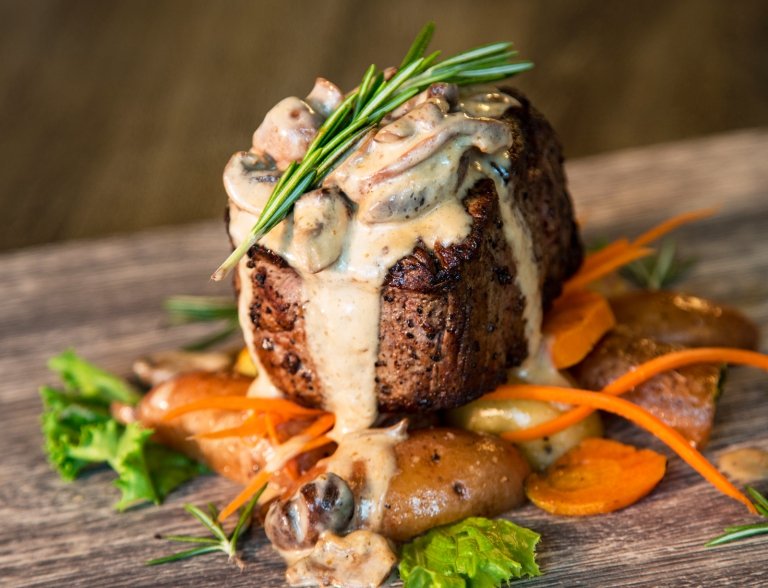 Officially at the new location for a year as of February 2019, the restaurant features tall beamed ceilings and exposed brick walls, where enlarged historical pictures from the 1900s hang to capture the speakeasy era. The waiters add to the theme by dressing in suspenders and bow ties with matching newsboy caps, bringing the 20s fashion to life. The almost 130-year-old building, once home to an appliance store in the 1940s, sits around 150 people. It also has a chic outside dining area with an elegant patio garden vibe perfect for those who would like to eat al fresco. The restaurant, however, serves anywhere from 200 to 500 guests daily! Feeding the masses is no strange task to the Ivy on the Square staff. They offer catering services and have a party room available for reservations that sit 50 people. The casually upscale atmosphere elevates southern hospitality to a new level, which the chefs beautifully translate to the food.

Waica and Evelyn have been gracious enough to open their doors to welcome Ocala residents as family. To help incorporate environmentally friendly practices, they have included some healthy and environmentally conscious changes to their menu. They verify that their poultry products are all cage-free and make their burgers with the healthiest and leanest grass-fed wagyu beef available. Their lunch and dinner menus also feature vegetarian and gluten-free options for those more health and fitness conscious customers. Not only do they source high-quality ingredients, but they make everything in-house from scratch. Their kitchen staff is top-notch, able to take traditional recipes to a whole level with a fresh perspective. One such example is their delicious hand-battered lobster tail. Fried and served with a creamy lemon sauce and a side of corny cornbread it’s a wonderful pairing with a fresh salad. For those with a sweet tooth, the desserts are equally as fabulous. A full dessert bar is available for those with room enough to indulge in the sweeter side of life. From a creamy white chocolate creme brulee, a decadent chocolate midnight cake, or a perfectly sweet and tart key lime pie, there is something for every tastebud.  Enjoy dessert alongside a hot Hazelnut Latte or add a little extra oomph with a luscious Nespresso Mojito from their fully developed “Coffees and Lattes” menu. No matter what mood you’re feeling, their menu has something to satisfy your craving.  However, the speakeasy aesthetic would not be complete without a large cocktail bar. With over ten years of experience, the staff is churning out prohibition inspired cocktails such as the Bee’s Knees Mojito, the Jitterbug Tea, the Rum Smuggler. The attention to detail that went into putting this entire concept together is remarkable.

Waica and Evelyn have taken the southern flare of their family recipes and presented their vision in a way we could not ignore. The mission has become more about giving the community good elevated southern food, and their delivery is flawless. The speakeasy aesthetic they achieved has the perfect balance of vintage and modern, industrial, and victorian that allows for people of all ages to enjoy their experience. It has all the best references of the 1920s era. With old school sophistication and some modern industrial flare, it’s more than food; it’s an experience. And if cooking you family recipes wasn’t enough, you can now buy Mimi’s cookbook “Graciously Southern” and take the recipes home with you. They have also had a positive economic impact on the community by driving up pedestrian traffic, which is very much welcomed by neighboring business owners.

Ivy on the Square is perfect for a night out with a special someone, close friends for a girls night, or in my case, a mommy date.  The staff was very attentive and pleasant, and the service was top notch. My mom, who does not have a single sweet tooth, could not stop raving about how delicious and light the Pecan Tulipe was. Even with all the refined touches in the decorating and menu choices, you still feel at home when you step in. So much so that you almost hear Mimi sing out their motto, “Come on home. It’s supper time!”