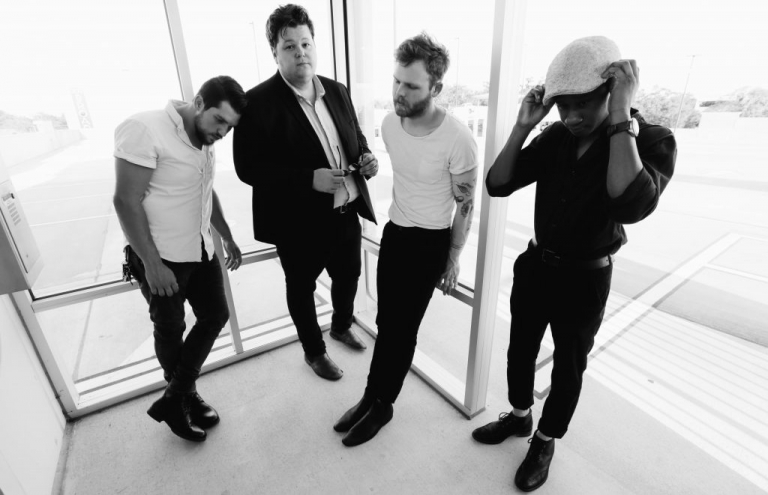 The Ocala music scene is filled with talented individuals using their artistic abilities to create amazing entertainment. One such band is The States. With an indie rock style that sounds like U2 and Bruce Springsteen had a love child, The States wow fans at every venue. I had the pleasure of sitting down with them and finding out more about their journey.

For those that are unaware, how did the four of you get together to form The States?

Joshua: I met Richie through a mutual friend about five years ago. We started off as a folk duo, if you can believe it! We even had a banjo player for one show. As we were looking to grow our sound, Richie reconnected with a friend from high school, who played lead guitar and invited him in to rehearse some of our material. That was the first time I met Matthew. To say it was like finding soulmate, would be an understatement. He just fit. But we knew we needed one more piece, a drummer. Enter Bryan. He and Matthew had both been West Port grads and were in school band together. By the time he had come in we had just finished writing an early version of what would become The City and were debuting it at a local show in Ocala at a venue called The Courtyard on Broadway. I attribute a lot of what the song is today to what Bryan did in that first session, he made us into a proper rock band.

Your current album Cathedral was released in 2017, Out of all the songs on that record which one is your favorite?

Joshua: I think they all have their own space and uniqueness. That’s like asking which one of our kids is our favorite. Though, Wilder Things and The City are probably the two most popular with our fans.

Every artist has their process for creating material what was the creative process for Cathedral?

Joshua: Very democratic. We chose each track together to be the best representation of our sound at that moment in time. Like a snapshot. We’ve grown up a lot since then. I would go off and write a base melody with some lyrical ideas and bring it back to boys to have a go at. We usually write together as much as possible though now, we all have an ownership of each song. We try to kill as much ego as we can. We’re all in this together.

The first single you released, “As Cruel As Youth” was released in 2015 prior to Cathedral in 2017. How has your music evolved from the first single to the most current album? 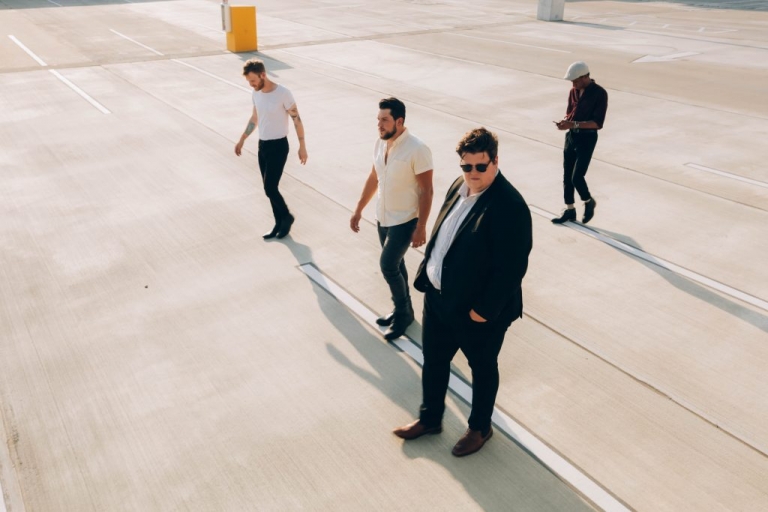 Richie: When we wrote As Cruel As Youth, we were quite young within our songwriting. We had only written around ten songs as a unit up until that point. Although we were, and are still proud of that track and still play it in our live show, we have matured greatly in our songwriting, playing, and production abilities. Since then, we’ve written and released an EP, and have written about thirty-something new songs that we are currently sorting through. The chemistry of writing and bouncing ideas off one another, the way that we present those ideas in a clearer form, and the way we communicate to one another has grown so much tighter. It makes writing a hundred percent easier. This is contributed to the simple fact of being around each other in a creative environment for so many years now. The differences from our first released track to the tracks we are currently working on are hard to describe, but that’s the beauty of this entire thing. Hopefully it won’t be too much longer until we get to share some of this new material with everyone, so stay tuned. I have no doubt that this will be our best work to date.

Career-wise, what has been the biggest challenge as an up-and-coming band?

Matthew: I think learning patience and communication within songwriting. We want each song to connect with those who listen. We know it’s hard to feel everything at once and we just want our music to be a helping hand to those who feel that way.

Joshua: I agree. I think for me, it’s staying positive. For every hundreth “no” there’s that one glorious “yes” and while that makes all the difference, it’s having the mental fortitude to get through the “no’s.”

Also money. It’s expensive being in a band! Anytime we tour, record, etc it comes out of our own pocket. But that’s not a complaint, I don’t think we’d have it any other way. It’s hard work getting your name out to people, but it’s so rewarding when it works. We’ve been in the Orlando circuit now for three years and we’re finally starting to be a household name at places like Will’s Pub, The Social, North 64, and Soundbar.

Over the years the music industry has changed drastically, while some say the internet helps musicians, others say that the industry is overrun with talent so it’s hard for anyone to get noticed. What are your thoughts?

Joshua: It has its ups and downs for sure. I would say it’s made it easier to get your music out, as an indie artist, in front of more people quicker. But over-saturation is a thing, so it’s a lot harder trying to monetize it and make it our only job. I kind of miss the days of jumping in a van with your three best friends and hitting the road playing music at every bar up the east coast. I guess that’s what we try to hold onto when we approach our presence on and off the internet. We still believe in the power of rock n roll and music in general. Anybody can make a beat on a computer and sing over it and that’s awesome, we just try to make our approach as organic as possible before even touching a computer.

Bryan: Yeah, we definitely believe social media is powerful tool in pushing bands to connect with fans on a semi-personal level. As far as over-saturation goes, everyone has their own story to tell, so tell it.

People. We think when it comes down to it, we rely on the crowd’s reaction to gauge our set, whether it was good or bad. The “small town problem” has always been getting people to show up. There are tons of bands in and around Ocala that many haven’t heard of, but are wicked talented and downright awesome. You just got to get out and see them!