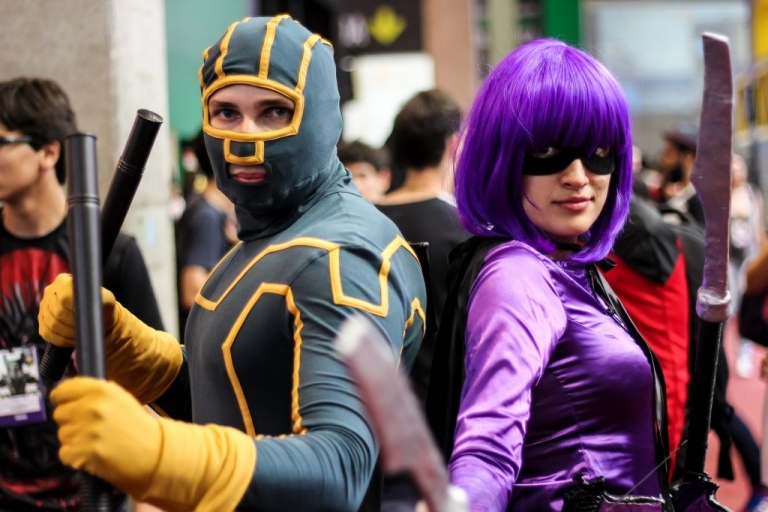 With a backdrop of horse farms and natural springs, the 7th Annual Ocala Comic Con stands out as a haven for every fandom imaginable. Once pushed aside as a novelty, Ocala Comic Con is now a main stage event bringing thousands of fans, cosplayers and vendors from all over the state of Florida.

Each year, the Ocala Hilton is transformed into a comic lovers paradise as excited fans from all over the state flock to our city to join in the fun.  The brainchild of founders Donald Gualandri and Christopher Major, the event has been welcomed by fans and has become a top destination draw with a robust following that has increased over six years.

“Ocala Comic Con has grown about three times larger since its first year with attendance. Since the first year, we have had more  more guests, more vendors, and more space used for activities.”

From its first inception in 2013 until now, the numbers speak for themselves. According to Donald Gualandri they’re expected to reach new heights. “We’re hoping to reach around 3500-4500 attendees!” He happily projects.

If you haven’t yet made it out to this event, you’re missing out.

Local resident and self proclaimed “geek’ Chelsi Steele took time to speak to us about her experience with this event and discuss what it means for the subculture of sci-fi/fantasy here in Ocala.

“When I first heard that Comic Con was going to be happening in Ocala, I was instantly excited. The first time I went I was very impressed with everything. The layout made it easier for people to go from booth to booth. The line-up of guests was something I looked forward to for months,” she recalls. “I look forward to it every year.”

The entire experience of Comic Con is one that you must experience to truly appreciate. Approaching the venue, excited fans rush towards POP Swap tents where you buy, sell and trade your favorite Funko POP characters. Next to the excitement is the costume contest — where you are sure to bump into multiple Jedis, Marvel & DC characters, Hobbits and costumes from every fandom imaginable.  These outdoor activities are free and open to the public, so early arrival is always recommended.

A general admission ticket will get you indoors, where you’re greeted by a sea of sci-fi, fantasy and gaming memorabilia.  From the most coveted comic books to custom artwork, there is something for everyone.  If there’s one true thing about fandoms, it’s that the passion is unwavering. 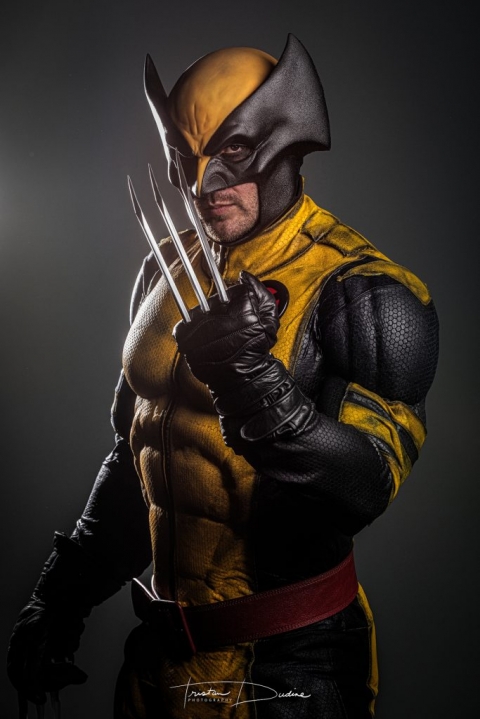 “As a child growing up we had some wild imaginations — at least I did.” Steele reveals. “Some of us looked up to these superheroes in the comics and they’ve always stuck.”

That’s what Comic Con is about:  The ability to detach from reality and enjoy these universes that have been created over the decades. There is no one demographic when it comes to Comic Con. Parents and teens alike find something to enjoy, even though their perspectives may bring about some varying opinions.

Walking among the crowd, you will hear debates covering a wide range of topics. Everything from plot holes to why graphic novels are better than their t.v. counterparts (here’s looking at you, Walking Dead). But be warned: If you join in on one of these conversations, you better be prepared.  The fandoms do not hold back, and fact checking is done at warp speed.

A common tradition at Comic Cons are cosplayers. For those unaware, the term cosplay is a mashup of the words “costume” and “play” fused together to describe a group of die-hard fans who have taken their love for a character to a whole new level. These are not merely costumes; these are replicas that are exact–down to the last button. The great thing about the cosplay culture is that it’s open to everyone, whatever their age.

At this years Ocala Comic Con, we are excited to see multiple professional cosplayers in attendance, one such company is Roadrunner Cosplay.  Shane Morris, professional cosplayer/owner of Roadrunner Cosplay will be in attendance this year representing the Marvel Universe as both Spiderman and Wolverine. With cosplay being such a strong subculture in and of itself, it has become an important aspect, and actually a highlight of Comic Cons in general.

“The importance of cosplay is truly to enjoy what you’re doing or who you’re dressed up as,” explains Morris. “It’s meant to be fun and bring joy to you while portraying the character you love.”

When it comes to choosing which character to cosplay, the options are endless, and narrowing down the choices can be challenging, albeit fun process.

“My favorite character to cosplay would be Dean Winchester from Supernatural.” Morris states. “ I feel like I am able to resonate with the character in so many aspects from personality to mannerisms, plus I genuinely just enjoy the character itself.”

Cosplayers are not the only ones we’re excited to see this year. The list of media guests include heavy hitters of anime voice acting, such as Justin Cook, whose works include anime series Yu Yu Hakusho as Yusuke Urameshi. Elizabeth Maxwell whose voice work appears on such shows Attack on Titan (Ymir), Dragon Ball Super (Caulifla/Ke-fla) as well as others.

E. (Ernesto) Jason Liebrecht  will also be in attendance and is another voice actor whose work is as prolific as it is diverse. He has voiced some of anime’s most popular characters including Beast Titan (he plays a Titan and a human), in Attack on Titan, and Finnian in Black Butler. His work also includes lending his voice to the world of gaming with such roles as Champa & Tapion in the DBZ game universe, Hawkman & Eclipso in DC Universe & Abel in Street Fighter IV & X Tekken, as well as others.

Equally as impressive are the panel of creators confirmed to be in attendance: Seth Mann, an inker and cover artist who has worked for Marvel, DC Comics, and Valiant. Clay Mann (yes, they are brothers) has also worked for Valiant, Marvel and DC Comics.

With so many people venturing to Ocala for this two day event, the benefits for our local economy are undeniable. With hotel rooms selling out and restaurants filled with visitors, it’s proven a consistent economic boost for our community.  Local vendors will be on site serving up various treats to help keep guests cool and fed in the warm summer weather.

The importance of the Ocala Comic Con goes beyond economics and event planning. It’s a space of inclusivity, where you are free to be yourself and geek out over the things that make you happy.

When asked about why Comic Con is important to her, Chelsi Steele’s observed, “To be able to still hold onto that mentality has made me realize how simple life can be, to be able to find joy and motivation in these fictional characters is something you can take with you every day.”

For more information on how you can purchase tickets to Ocala Comic Con visit their website at
www.ocalacomiccon.com